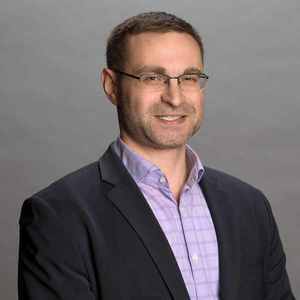 Brett Diamond is the Chief Operating Officer at WISE Ventures Esports, the owner and operator of Call of Duty League’s Minnesota Røkkr and Version1, the organization’s new team that competes in the Rocket League Championship Series. He previously held the position of Director of Partnership Activation for the Minnesota Vikings from 2016-2019 before joining WISE Esports in July 2019.

A native Minnesotan, Diamond joined the Vikings in September 2016 following 11 seasons in the NFL Events department. While with the Vikings, he worked in collaboration with the broader organization to ensure first class service to the Vikings family of corporate partners and worked closely with the Minnesota Host Committee on planning for Super Bowl LII.

During his time with the league office, Diamond held various roles on both the operations and business sides of the league’s major events. From 2014-2016, he was the event director for the Pro Bowl, which involved oversight of ticket sales/marketing and all event operations as well as managing relationships in the host communities. In addition to working every Super Bowl from 2006-2017, Diamond served as the primary NFL liaison to the Vikings and the local community on the successful bid for Super Bowl LII and played a similar role for Super Bowl bids by Houston, Atlanta and Tampa Bay.