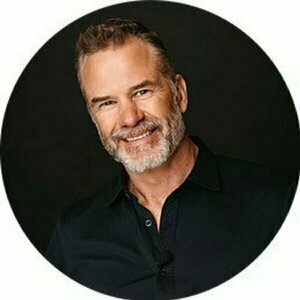 With more than 18 years of experience in the elite echelons of the sports industry, Christopher Overholt has established himself as a leading voice in the sporting world and trusted Canadian business leader.

Christopher joined the Canadian Olympic Committee in 2010 as chief executive officer and since then has helped the organization achieve unprecedented growth in all areas of its commercial operations.

Reporting to the COC’s board of directors, Christopher is also tasked with oversight and accountability for the Olympic movement in Canada, all COC National Sport Development programs, its Olympic Games preparation, and event operations. He leads all aspects of the COC’s commercial enterprise including finance, human resources, sales and marketing. He works closely with the COC’s 52 National Sports Federations to provide the tools they need to develop the next generation of Olympians.

With an extensive background in sports sales and marketing in the United States and Canada, Christopher’s business expertise is matched by his dedicated team leadership. Through his 25 years in business, he has led day-to-day business development strategy for a number of organizations, partnering with some of the world’s biggest companies to leverage their brands and properties.

Prior to joining the COC, he served as VP and CMO for the Miami Dolphins. From 2006 to 2010, he reported to the CEO and served as senior business executive responsible for sales and partnership sales. Before moving to Miami, he acted as the executive vice-president of business operations and CMO with the Florida Panthers.

Christopher’s career in the sports industry began with Maple Leaf Sports & Entertainment in 1996, where he spent seven years delivering industry-leading results for the Toronto Maple Leafs and the Toronto Raptors.

Christopher holds a Bachelor of Arts degree from Western University in London, Ont. and is a graduate of the Harvard Business School Executive General Managers Program.