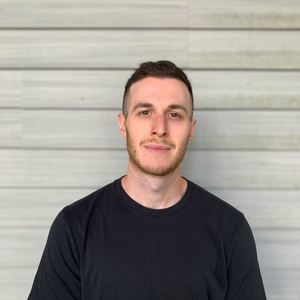 Cole began his career in the music industry through studying at Syracuse University's Bandier Program in Recording and Entertainment Industries. During his senior year, he developed a passion for artist management and Cole founded his firm Ninety4MGMT from his dorm room. He noticed the surge in musical talent coming out of his hometown of Toronto and began signing artists and music producers from the city. In 2017, on the morning of his graduation day, Cole secured a record deal for his client PLAZA with Drake’s label OVO Sound under Warner Records. Pivoting from music management to gaming, Cole co-founded Up North Management Group with his brother Cody, the talent management company who represents top gaming and esports creators & streamers and professional athletes with a passion for the digital space. Up North offers full service talent management, including creator & streamer development, brand strategy, marketing & sponsorship oversight, social media strategy, productions & original series, consumer products & merch, and venture opportunities. In 2020 alone, Up North secured deals with brands/companies such as Jarritos, Nesquik, Samsung, Gatorade, Oculus, Heinz & Smile Direct Club and was instrumental in Jarritos & Smile Direct Club first foray into gaming (Jarritos first gaming partnership with Up North client, Formula and SDC with NoisyButters).Up North also played a pivotal role in developing their client, Nasher’s partnership with Bauer Hockey which was featured on Forbes. Nasher became the first gamer to be endorsed as an athlete by a major sports equipment brand. Up North also signed the One Percent Fortnite team, including some of the most popular Fortnite gamers- Formula, Randumb, and Nicks. Lastly, Cole and his team produced a cartoon series for Miami Dolphins WR, DeVante Parker, called “Uncle Vante”. With a passion to give back, Cole established Hockey2Help, a livestream fundraiser on Twitch sponsored by GameStop that featured several top NHL players and client, Nasher, benefiting COVID-19 relief efforts which raised over $20K. Under Cole’s leadership, Up North Management’s client roster increased by 150% in 2020. Its client roster’s collective reach tops 35 million subscribers and just this month accumulated over 150 million views. Cole Hock is a clear example of a young entrepreneur who is disrupting the rapidly growing gaming and esports industry. The vision is to continue to find innovative ways to bridge the gap between mainstream culture, entertainment, sports and video games. At only 25 years old, has proven himself as a force to be reckoned with in the gaming & esports space.