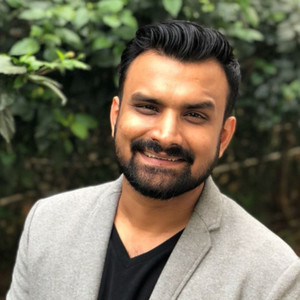 Kasturi Rangan is a gaming industry veteran who has made a career out of pushing the boundaries of how gamers can make their favorite hobby into a success.

Starting in 2005, Rangan was a pioneer of bringing gaming parlors and communities together in India. Rangan then moved to EA, where he grew the Indian team to over 300 members. Post EA, Rangan helped develop social games with Bash gaming
as head of production for Facebook and Mobile.

In 2011 Rangan joined PTW and began bringing his passion for gaming to the outsourcing market. In his time with PTW, Rangan has overseen many aspects of the games outsourcing process, from Quality assurance to Player Support and Engineering. Rangan is currently the President over North America and India for PTW overseeing over 900 employees globally.

Outside of his work for PTW, Rangan plays pool, sings karaoke, and tries to get a few chicken dinners in his favorite battle royale game - PUBG.