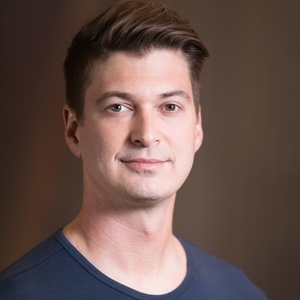 Ryan Fitzpatrick is a storyteller, innovator, and multi-faceted strategist. As Partner & Senior Vice President at NCompass, Ryan builds programs that turn experiences in the gaming and pop-culture realms into compelling and engaging content.

Ryan instinctively saw gaming as a cultural and marketing hot bed. His goal was to leverage gaming as a leading entertainment and (then budding) sports platform. Along the way he’s applied his skills in ways that have disrupted pop culture, action sports, and gaming industries and his goal remains the same.

He moved to NCompass and launched its Gaming division. With a clear combination of strategy, creativity, and industry forecasting, Ryan has landed Triple A clients such as Activision, Electronic Arts and YouTube Gaming.

Ryan has won over 40+ industry awards including a MTV Moonman for Best Video Game Soundtrack the Grand Ex Award, a Cannes Lion Silver Lion for Branded Content and Entertainment, and an Effie Gold Award for Brand Experience.

Ryan is Chief Strategy Officer of Adamas Esports Training + Performance (a startup focusing on the development of cognitive and physical performance for top-tier esports athletes), a founding board member of Cynopsis Esports Business Summit and is President of Gamers Outreach Foundation, a non-profit organization that provide kids in hospitals with recreation and therapy through the power of video games.